Our upcoming concerts are listed below! If you have a question about a show, contact our Box Office at 817.665.6000 or boxoffice@fwsymphony.org.

George Walker, the first African American composer to win the Pulitzer Prize for Music, wrote his first string quartet in memory of his grandmother, an escaped slave, later arranging the achingly bittersweet slow movement, Lyric for Strings, for string orchestra. It became his most popular work. Likewise, Rimsky-Korsakov's vivid recounting of the tale of Scheherazade promises to enchant you with its compelling array of musical character and plot devices, and Mozart's Violin Concerto No. 5 offers an elegant, Turkish flair to the program. 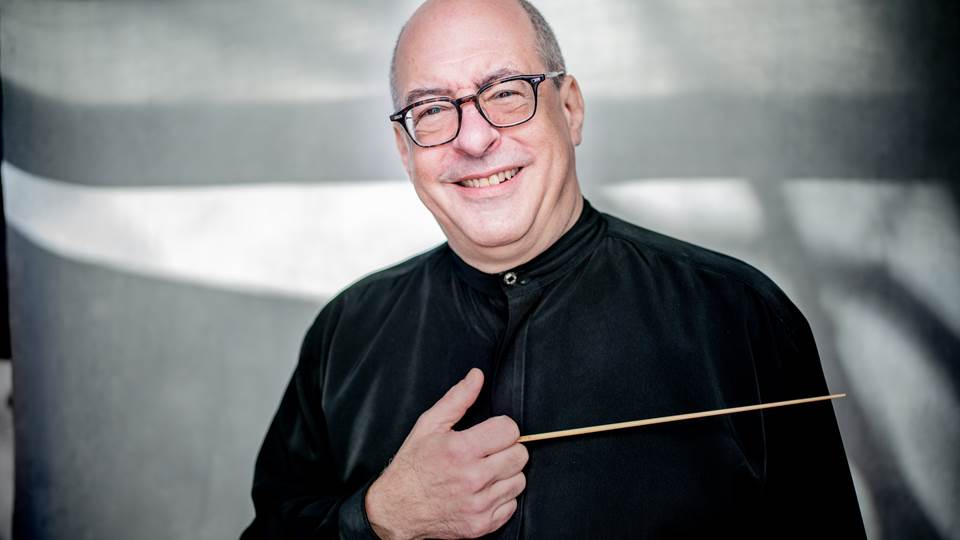 Back to the Future

Experience the thrill of Back to the Future like never before – on a big screen with the Fort Worth Symphony Orchestra performing Alan Silvestri’s dazzling musical score live in synch with the movie.

Tickets & Info for Back to the Future

A Gala Evening with Sarah Chang

Be there when the inimitable violinist Sarah Chang performs the Dvorák Violin Concerto for the Annual Gala Concert and Dinner!

Tickets & Info for A Gala Evening with Sarah Chang

The Music of John Williams

Hear the Fort Worth Symphony Orchestra bring music from cinematic masterpieces like Superman, Jurassic Park, Star Wars, Raiders of the Lost Ark, Harry Potter, Jaws, Close Encounters of the Third Kind, and more, led by none other than renowned film conductor Richard Kaufman.

Tickets & Info for The Music of John Williams 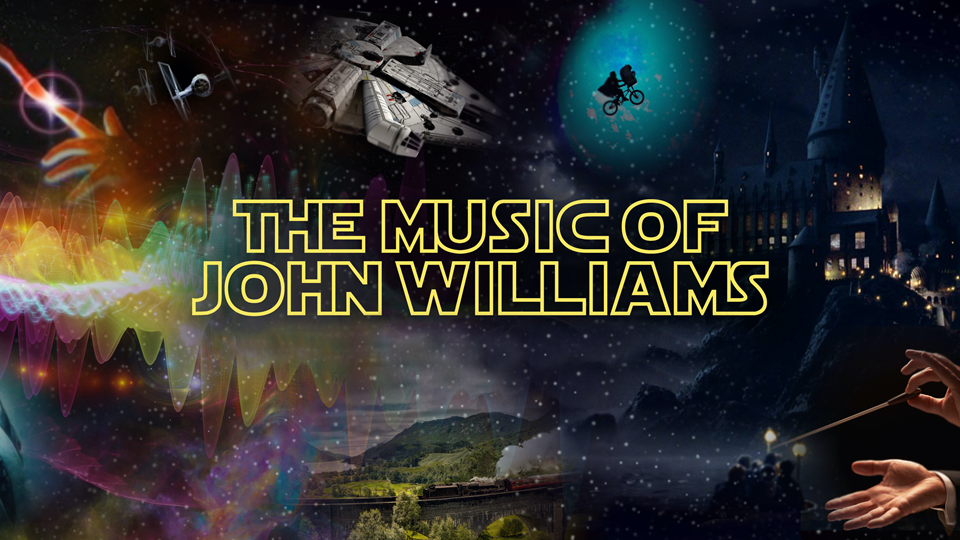 When Instruments Roamed the Earth

“When Instruments Roamed the Earth!®” is a story-and-music event for the whole family, an exploration of the sounds, people and experiences provided by symphony orchestras. The perfect introduction for a budding young musician or outing for any age intended to spark the imagination and “wow” kids of all ages.

Tickets & Info for When Instruments Roamed the Earth

Spirituals and Jazz: Dawson and Gershwin

Gershwin ushered in the Jazz Age with a schmalzy slide in the clarinet and piano riffs that captured the buoyancy of the era. Thrill to his Rhapsody in Blue and travel with the composer to the artistic capital of the roaring 20s in An American in Paris. Pivot with the orchestra, then, on this all-American program to Dawson's Folk Symphony, a flawless fusion of classical styles and African-American spirituals that had haunted Dawson since his childhood.

Tickets & Info for Spirituals and Jazz: Dawson and Gershwin 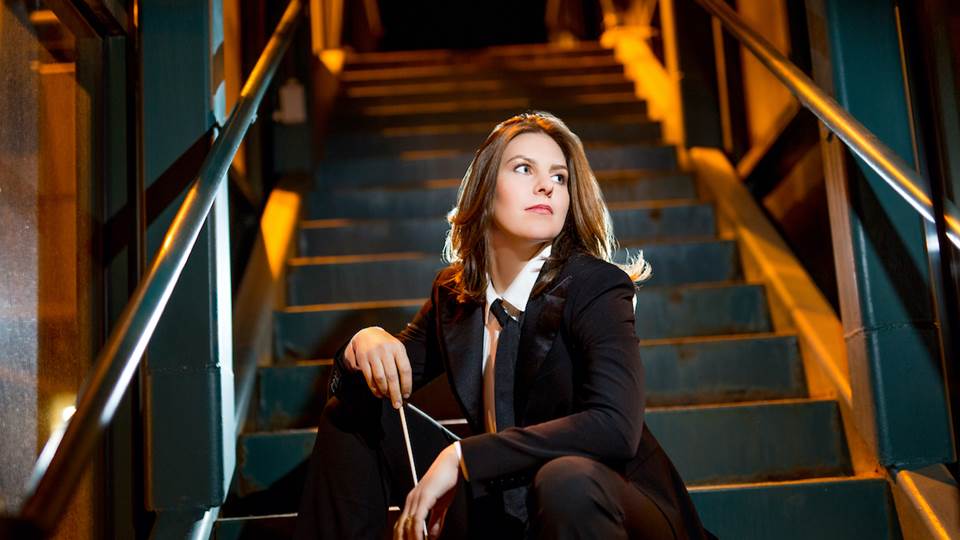 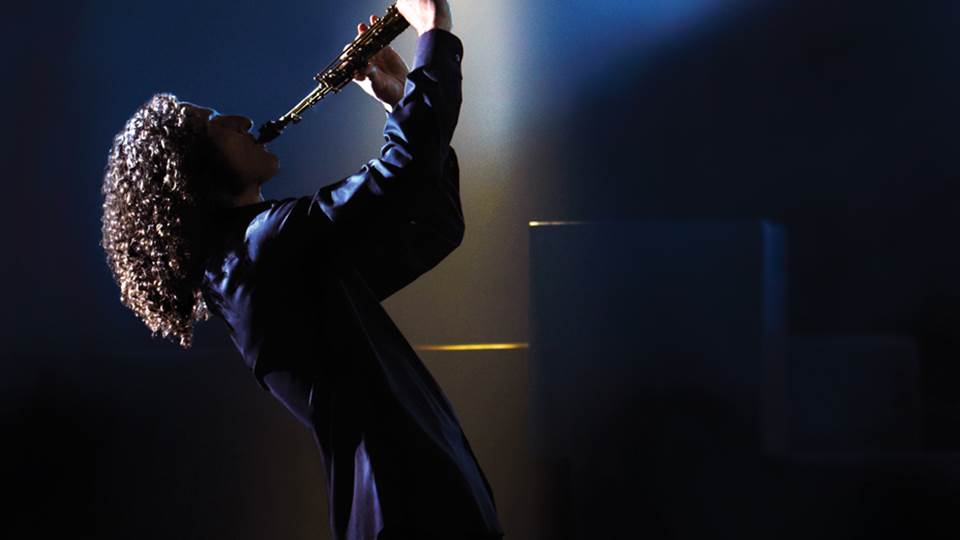 Conductor Henrik Nánási directs the world premiere of music by his wife, Veronika Ágnes Fáncsik: “From hence your memory death cannot take" for clarinet, voice and orchestra sets three sonnets by Shakespeare. The program opens with Richard Strauss' Don Juan tone poem, which musically explores that legendary libertine, and Tchaikovsky's transformational Symphony No. 5, which begins in a space of severe resignation before finishing with rousing triumph.

Classical meets Neo-Classical. Beethoven’s Octet for Winds is a delightful treat for the classical music lover filled with whimsical melodies reminiscent of Haydn and Mozart. Stravinsky’s The Soldier’s Tale is a theatrical work for seven musicians portraying the adventures of a deserting soldier who trades his fiddle (and his soul) to the Devil.

Tickets & Info for Beethoven and Stravinsky

Canadian pianist extraordinaire Angela Cheng tackles one of the repertoire's greatest challenges: Rachmaninoff's spirited Rhapsody on a Theme of Paganini, which fuses a Paganini tune with Rachmaninoff's own obsession with the Dies Irae, a melody representing death. The program opens with American composer and Pulitzer Prize-winner Jennifer Higdon's Blue Cathedral, composed after the loss of her younger brother, which features musical dialogues between the siblings. Finally, Respighi's Fountains of Rome and Pines of Rome round out the evening in a glorious homage to the Appian Way.

Writing a concerto for guitar stretched British composer Joby Talbot's abilities, but his 2018 concerto Ink Dark Moon is an approachable, crowd-pleasing vehicle that demonstrates the fierier capabilities of the guitar in perfect balance with the orchestra. Mendelssohn's Hebrides Overture opens the concert with its undulating, wave-like cello lines and tempestuous recollections of Scotland's eerie west coast, and Beethoven's Symphony No. 3, "Eroica," remains one of the purest works of creative genius in the classical canon. 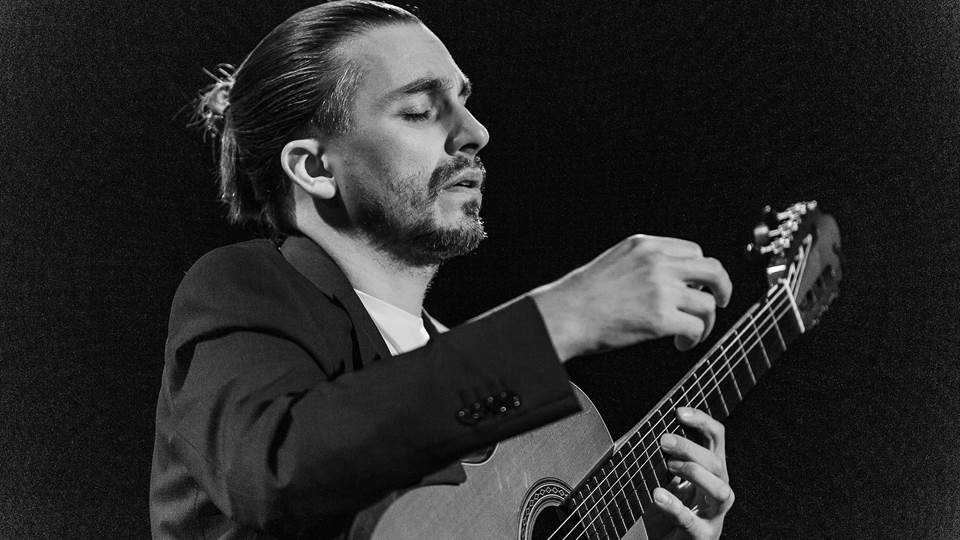 All aboard the Hogwarts Express for a one-way trip to the magical, musical world of Harry Potter. Listen as the Fort Worth Symphony Orchestra conjures your favorite tunes from the films, like "Hedwig's Theme" and "Nimbus 2000." Wizards and witches are welcome to wear their robes! 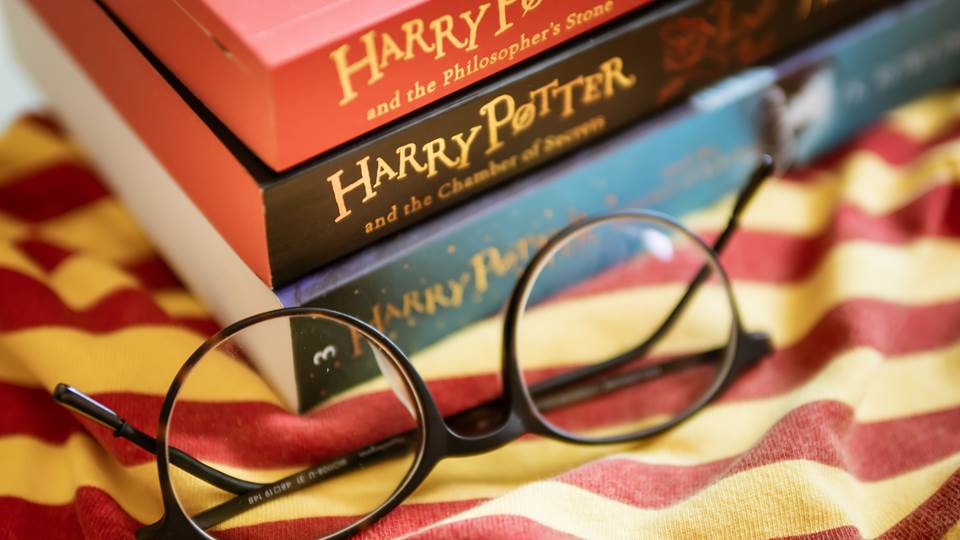 Troupe Vertigo fuses cirque acrobatics, classical dance and contemporary theater to create a spellbinding show for the ages centered on the power of expressive movement.

A bit of musical astrology, Holst's The Planets conjure the emotions of each planet on the human psyche, whether that's the aggression and militancy of Mars or the jolliness of Jupiter. The piece has become Holst's best-known composition due to its emotional scope and grandeur, a piece of music to touch the soul. To open the concert, Respighi's orchestration of Johann Sebastian Bach's famous Passacaglia in C Minor and Tomasi’s dazzling Trumpet Concerto with the FWSO's own principal trumpet, Kyle Sherman. 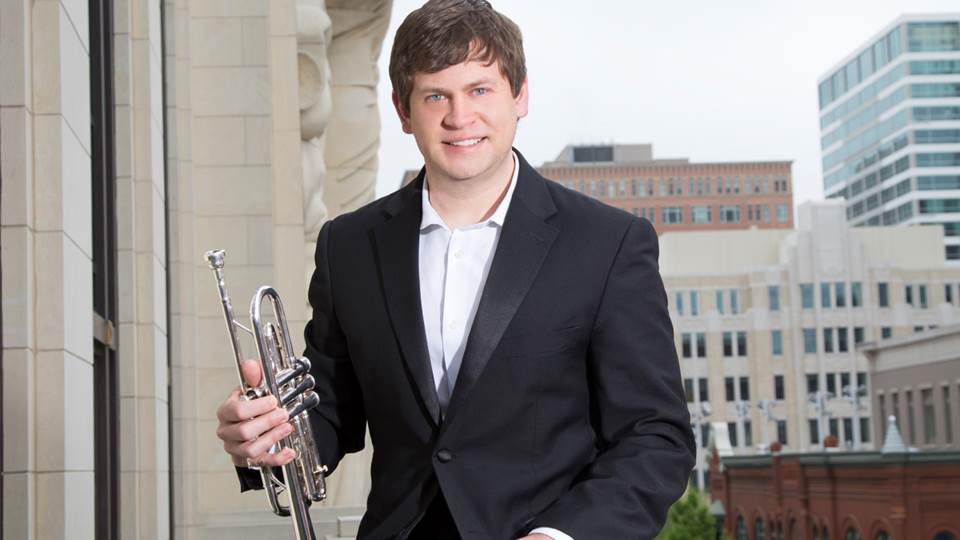 Learn more about the performance venues for this season's concerts. 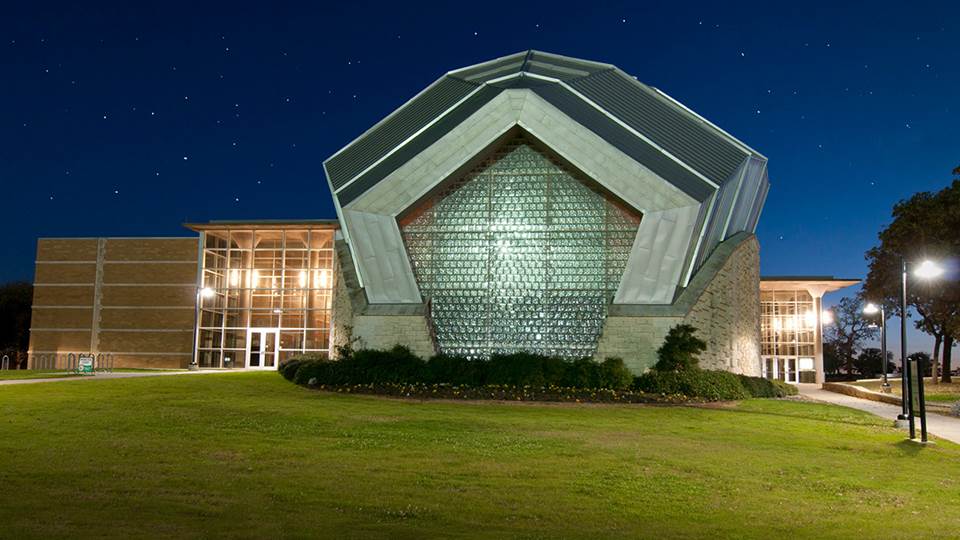 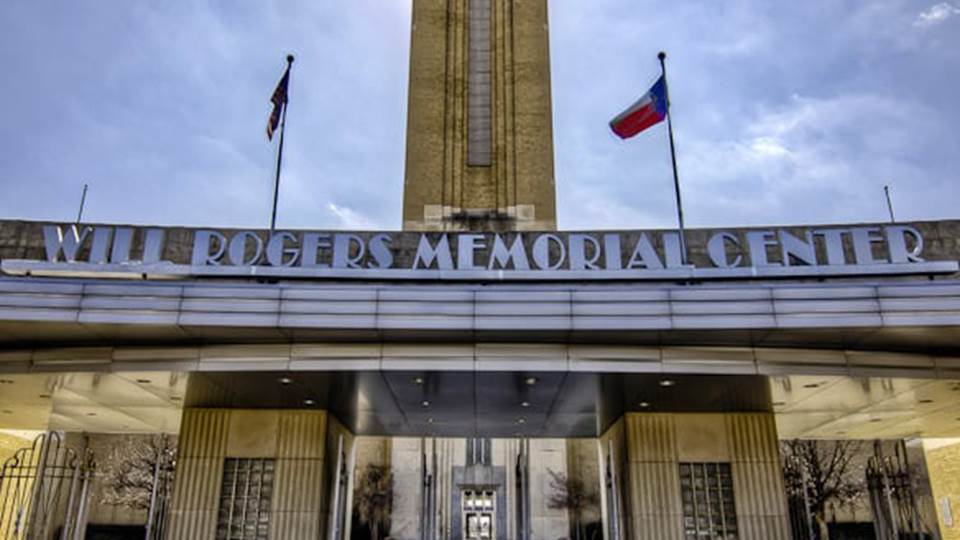