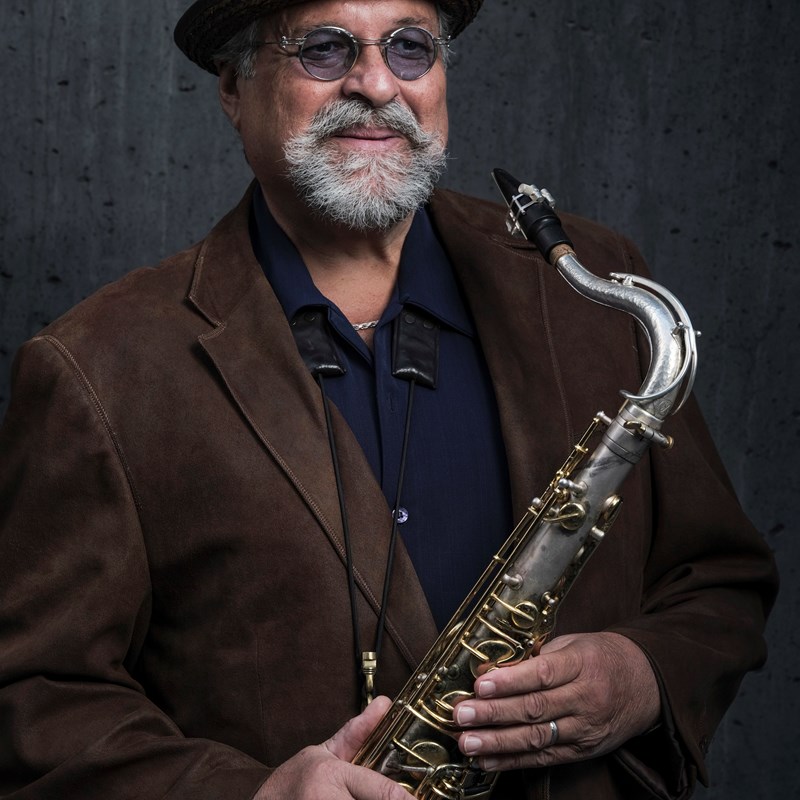 Grammy-winning saxophonist, composer and producer Joe Lovano is fearless in finding new modes of artistic expression. With a Grammy Win for his 52nd Street Themes and 14 other nominations, he has won DownBeat Magazine ’s Critics and Readers Polls countless times as Tenor Saxophonist, Musician of the Year, Jazz Album of the Year and Triple Crowns from DownBeat. He has also received numerous awards from Jazz Times and the Jazz Journalists Association for Tenor Saxophone, Album of the Year and Musician of the Year.

Born in Cleveland, Ohio on December 29, 1952 he attended the famed Berklee College of Music in Boston where years later he was awarded an Honorary Doctorate. Since 2001 he has held the Gary Burton Chair in Jazz Performance and is a founding faculty member since 2009 of the Global Jazz Institute at Berklee directed by Danilo Pérez. He is a guest lecturer at New York University’s Jazz Program, Juilliard and Manhattan School of Music as well as Clinician at Universities around the globe.

From 1991 through 2016, Lovano released an unprecedented 25 records as a leader for the historic Blue Note Records. Joe Lovano Quartet: Classic! Live at Newport featuring Hank Jones was recorded in 2005 and released in 2016 to critical acclaim. In 2019, Lovano released his debut album as a bandleader on ECM Records, Trio Tapestry, with Marilyn Crispell and Carmen Castaldi. Over the next few years, Lovano saw the release of three additional ECM Records albums: ROMA, a collaboration with Enrico Rava; Arctic Riff, a special guest appearance with the Marcin Wasilewski Trio; and the sophomore release from Lovano’s Trio Tapestry, Gardens of Expression. Most recently, Joe released his third album with Sound Prints, a quintet he co-leads with trumpeter Dave Douglas.

In addition, composer Mark Anthony Turnage wrote a Concerto for Saxophone and Chamber Orchestra for Joe called “A Man Descending” which has been performed globally and Maestro Michael Abene orchestrated an album of all-Lovano originals called “Symphonica” for the WDR Symphonic Orchestra and Big Band, which was released on Blue Note and received a Grammy nomination.

Joe Lovano continues to explore new horizons within the world of music as a soloist, bandleader and composer.