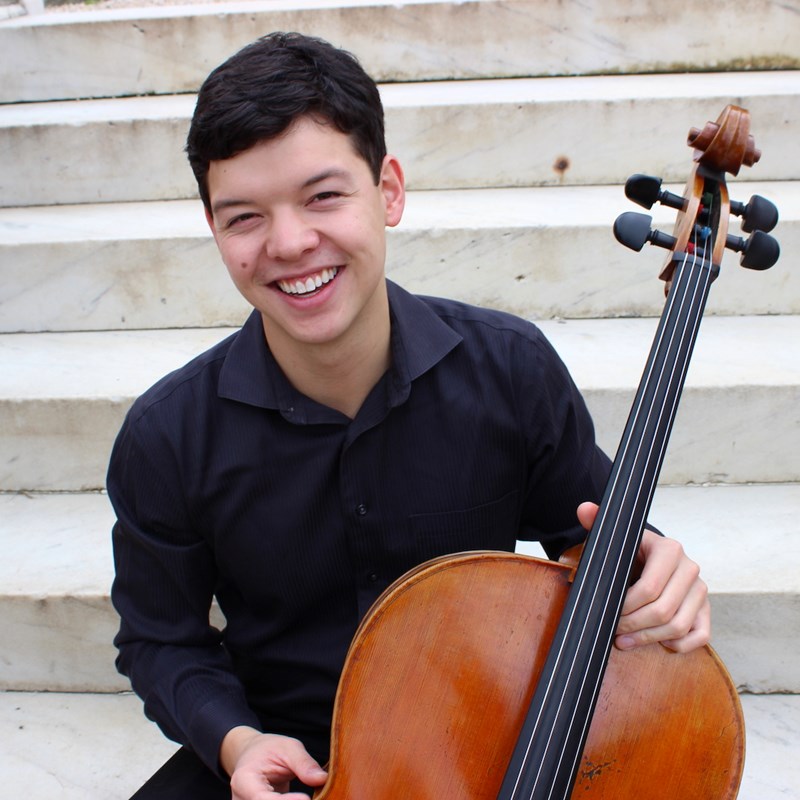 A native of Minnesota, cellist John Belk began his studies at the age of seven. Recent concert highlights include a performance of the Brahms Clarinet Quintet with David Shifrin, a recital in Peter Serkin’s Haydn Project series playing with Peter Serkin and Todd Philips, and a solo performance of the Walton Cello Concerto with Leon Botstein and The Orchestra Now. John received his Master’s degree at Rice University studying with Desmond Hoebig and his Bachelor’s degree studying with Peter Wiley at the Bard College Conservatory. While at Bard, he also completed a Bachelor’s degree in Computer Science.