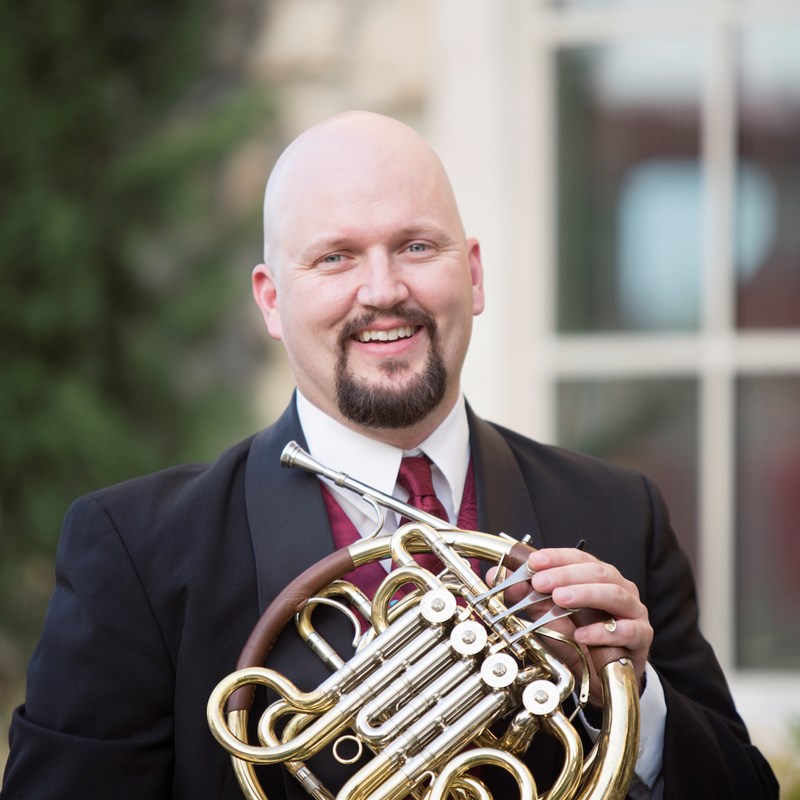 Praised for his "polished tone and amazing expressivity" by the Dallas Morning News, Gerald "Gerry" Wood joined the Fort Worth Symphony Orchestra as Principal Horn in 2022. Prior to his appointment, he held positions in the Dallas Opera Orchestra and the Dallas Winds and was a prolific freelancer in the Dallas/Fort Worth area. From drum and bugle corps to chamber ensembles to video game recording sessions to orchestras worldwide (including China, Korea, Germany, Poland, Italy, and Switzerland), Mr. Wood's playing experience runs the gamut of performance ensembles. He has performed as a soloist at the Busan Maru International Music Festival in Korea and is the founding member of the internationally renowned Horn quartet, The Four Hornsmen of the Apocalypse

A well-respected educator and clinician, Mr. Wood is the Adjunct Assistant Professor of Horn at the University of Texas Arlington and the founder and director of The UTA Honors Horn Camp and the Bluebonnet Horn Festival. Both of which are dedicated to the education and inspiration of young horn players. For over a decade, he was the Horn instructor at the Oklahoma Summer Arts Institute and has presented numerous clinics and performances at workshops and universities around the country, including twice at the Texas Music Educators Association Convention in San Antonio, Texas. In addition, he has several articles published in the New Groves Dictionary of Music and Musicians.

Gerry and his wife, Molly, reside in Colleyville with two of their three children. He is proud that his entire family, including Molly, are successful horn players and musicians. Gerry hasn't had hair on his head since he was twenty or so, and, don't worry, his kids don't find him funny either!