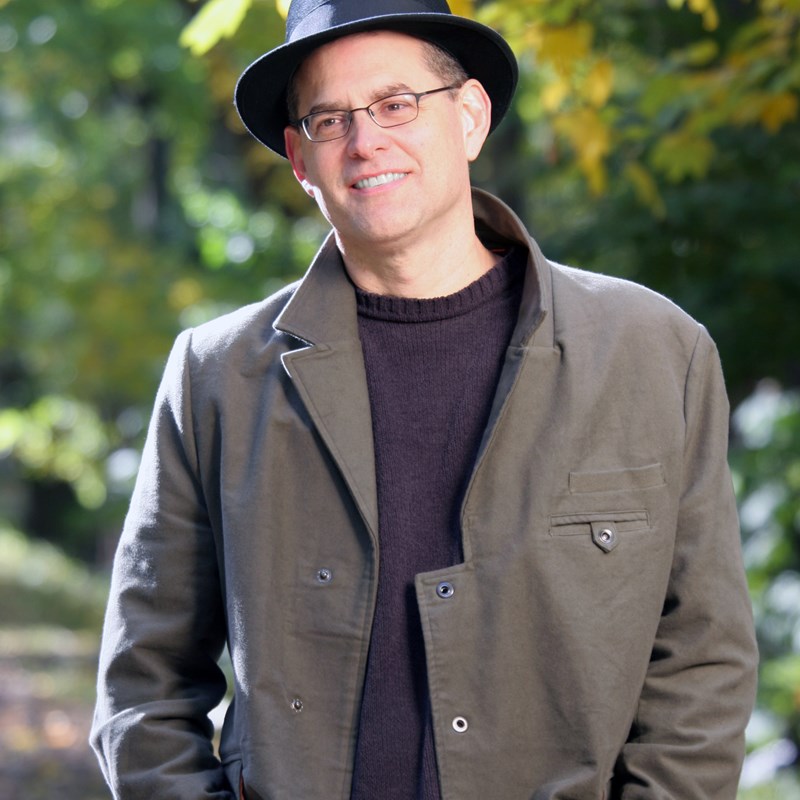 Douglas J. Cuomo has composed for the concert, operatic and theatrical stage, a well as for television and film. His expressive musical language, with its arresting juxtapositions of sound and style, is a natural outgrowth of his wide-ranging background and training. A professional guitarist while still in his teens, he alternated years of college – studying jazz, world music and ethnomusicology at Wesleyan University in Connecticut and University of Miami– with years on the road playing in jazz, pop and funk bands.

His chamber and orchestra works include: Seven Limbs for the Aizuri String Quartet and guitarist Nels Cline, premiered as livestreams for UCLA Center for Performing Arts, Moss Arts Center and Aperio Music for the Americas; Black Diamond Express Train to Hell, a double concerto for cello and sampler, commissioned by the American Composers Orchestra and The Orchestra of the Swan, premiered at Carnegie Hall; Objects in Mirror for the Orchestra of the Swan;The Fate of His Ashes; A Requiem for Victims of Power for the chorus Seraphic Fire and organ;Only Breath, commissioned and performed by Maya Beiser, at The International Festival of Arts and Ideas, Ravinia, Carnegie Hall and others;Tree of Pearls, Torio and No Fear of Silence, a set of chamber works for shakuhachi flute and western instruments; as well as pieces for Chanticleer, Christine Brewer, Young People's Chorus of NYC, Ashley Bathgate and more. Upcoming works include What About the People?, a concerto for saxophonist Joe Lovano for a major London orchestra, and La Cita, a suite of Spanish love poems for the Romero Guitar Quartet and Isabel Leonard, both premiering in 2022, and evening length pieces for cellist Jeffrey Ziegler and for Sandbox Percussion.

His operatic works include: Savage Winter, produced by American Opera Projects, premiered at Pittsburgh Opera and at BAM's Next Wave Festival (2018); Doubt, with libretto by John Patrick Shanley, commissioned by Minnesota Opera (2013) with a cast that included Denyce Graves and Christine Brewer; and Arjuna's Dilemma, produced by The Music-Theatre Group and premiered at the BAM Next Wave Festival (2008), which became the first opera performed in Nepal with twelve performances in Kathmandu in 2016.

Work for television and film includes themes for Sex and The City(HBO);NOW with Bill Moyers and Wide Angle (PBS); music for Homicide: Life On The Street (NBC) and others, over twenty documentary and feature films, and music for over a dozen Broadway plays.

Cuomo’s work has been supported through grants, awards and fellowships including: Opera America’s Opera Fund Grant; Two National Endowment of the Arts awards for Artistic Excellence in the Creation and Development of New Work; American Music Center's Composer Assistance Grant; Resident Artist Fellow at The MacDowell Colony The Hermitage Foundation and Blue Mountain Artist Colony; New York State Council for the Arts recording grant; Argosy Foundation Grant; Mary Flagler Carey Charitable Trust for development. His theme for Sex and The City was chosen by TV Guide as one of the top 50 television themes of all time.

He has lectured widely on music, collaboration and creativity at numerous universities including New York University, Wesleyan University (CT), The Henry Mancini Institute at the University of Miami (FL), University of California at San Diego, Hunter College and others, as well as at The Asia Society, the Rubin Museum and Guggenheim Museums, Opera America, the Carnegie Hall Choral Institute and The US Navy CNO Strategic Studies Group.

Cuomo co-leads the band Turquoise Lake with the Afghan singer Humayun Khan, and has performed as a guitarist at venues including The Kennedy Center, BAM, The Beacon Theatre, National Sawdust, Roulette, Birdland, and the Knitting Factory.

His compositions are published exclusively by Schott Music