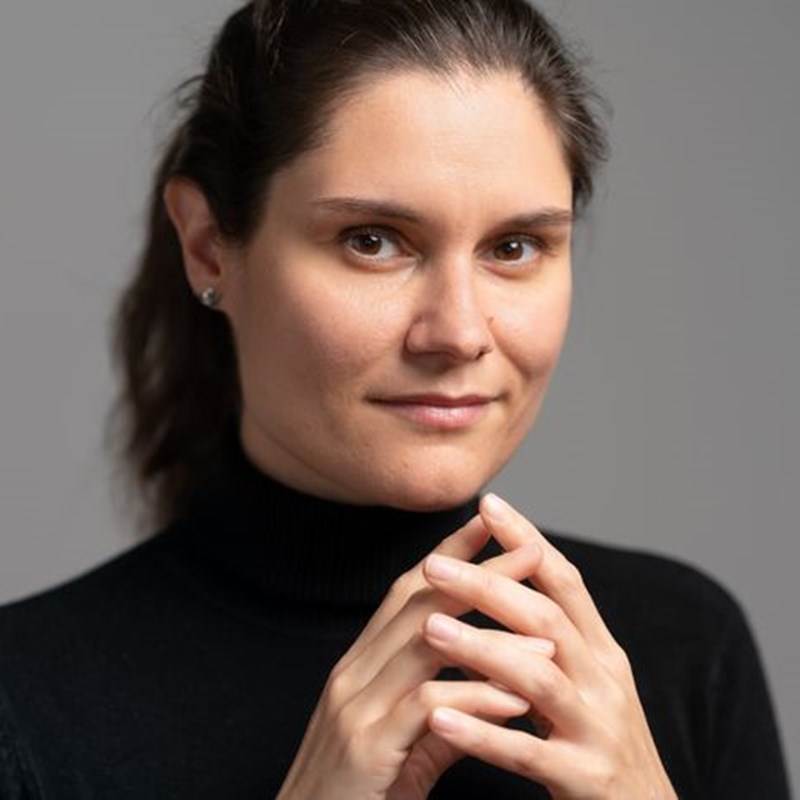 Delyana Lazarova is one of the most promising conductors of her generation, praised for her passionate performances and dynamic presence. As winner of the inaugural Siemens Hallé International Conductors Competition in February 2020, she has secured her position as the 8th Assistant Conductor to Sir Mark Elder of the Hallé Orchestra Manchester and Music Director of the Hallé Youth Orchestra in Manchester. Previously she has also won the James Conlon Conducting Prize at the prestigious Aspen Music Festival in 2020, the NRTA International Conducting Competition in 2019, and the Bruno Walter Conducting Scholarship at the Cabrillo Festival of Contemporary Music, California in 2017 and 2018.

Alongside her position at the Hallé Orchestra Manchester, during the 2021/22 season, Lazarova will also assist Cristian Măcelaru with the Orchestre National de France throughout the season, and will conduct the orchestra on their new year’s tour throughout France in January 2022. This season she will also conduct concerts with the Hallé Orchestra Manchester, Real Filharmonía de Galicia, Klangforum Wien, Kammerphilharmonie Graubünden, Musikkollegium Winterthur, Göttinger Symphonie Orchester, London Mozart Players und Bulgarian National Radio Symphony Orchestra.

Lazarova has wide-ranging repertoire interests whilst specialising in Eastern European and Russian repertoire including composers such as Dvořák, Tchaikovsky and Bartók, she is also a passionate advocate for new music. She has performed pieces by many contemporary composers including Joan Tower, Dobrinka Tabakova, Christopher Theofanidis, as well as premiering music by Michael Gilbertson and Charles Peck. In season 2021/2022 she will collaborate with Jennifer Walshe while working with the Klangforum Wien, as well as Oliver Vibrans on a project with the Hallé Youth Orchestra. She also is strongly committed to music education and outreach projects, and thoroughly enjoys conducting the Hallé Orchestra Manchester in their educational concerts where they bring accessible classical music to younger audiences in the city and surrounding areas of Manchester.

Delyana studied Conducting at the Zürcher Hochschule der Künste (ZHdK) under the supervision of Professor Johannes Schlaefli. She has attended numerous masterclasses, amongst others with Bernard Haitink, Paavo Järvi, Leonard Slatkin, Mark Stringer, Robert Spano, and Mathias Pintscher. She has also assisted Cristian Măcelaru with the WDR Sinfonieorchester Köln. Bulgarian born, Lazarova is a resident of Switzerland. Aside from her Masters in Conducting, Lazarova is also a proficient violinist with a master’s degree and diploma in performance from the Jacobs School of Music in Indiana, where she studied under Mauricio Fuks and received a scholarship for artistic excellence.